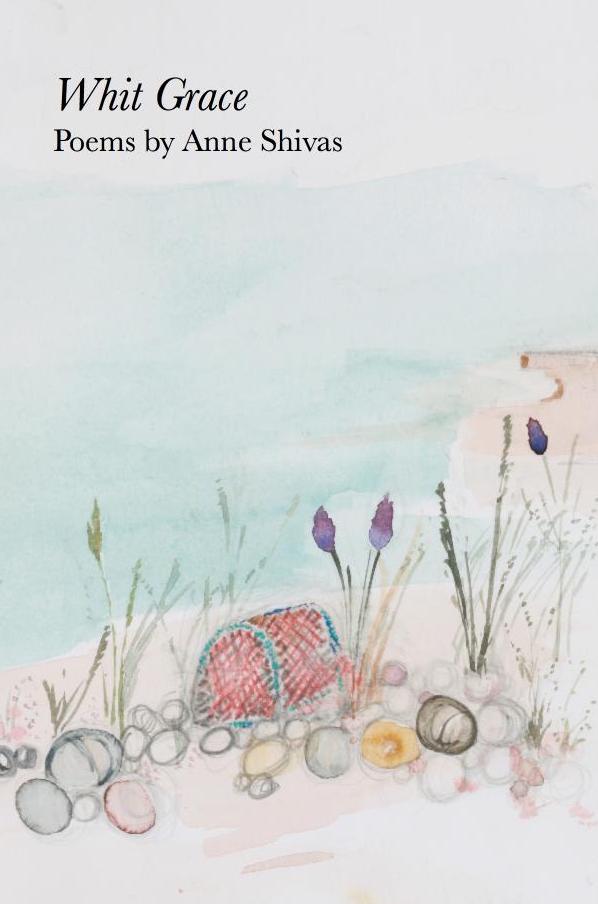 Whit Grace is Anne Shivas's first collection and comes after years of work in Scotland, Vermont and Israel. Her poems explore culture, landscape and identity in each of these places, from the Scottish coast, to the hills and villages around Jerusalem, and the dramatic seasonal shifts in rural Vermont. The poems are often playful in form and in their use of language but also explore the weight and heft of words, especially the poet's own Scots tongue, and the magic of naming things. Using the Doric vocabulary of the North-east of Scotland, the title poem An Wi Whit Grace addresses the issue of identity asking "Scottish child, / div ye ken yer place / in the universe? / Faar's hame?" Whit Grace explores universal themes of kin, loss, displacement, praise, and spirit. It is a searching meditation on what constitutes one's home and an affirmation of our commonality on different shores. It celebrates the natural world within and without, and its restorative solace.

"Anne Shivas's poems conjure the world and its elemental forces, both harsh and generous, calling its creatures into life that leaps from the page. Her language begs to be read aloud, its mouth- music to be savored on lips and tongue. Scots, the 'mither tongue,' flows with ease into Shivas's English, one clear stream into the other, not as decoration but as a plumb line to the wisdom that came before us and still reverberates deep within us. There is sanity and sustenance here, and a warning not to forget our true selves." -Joan Larkin

"Fou with words, Anne Shivas code-switches and chimes syllables to replicate 'the rhythms of my ancestors,' those Scots who gifted her with 'an inborn, untaught / way to talk.' With rippling, elemental imagery, deep pleasure in naming, and a sense of home that remains unabashedly 'off- centre,' Whit Grace is a debut of clear-eyed and richly musical wonders."-Michael Waters