The Opposite of Lightning, Poems by Barbara Strasko 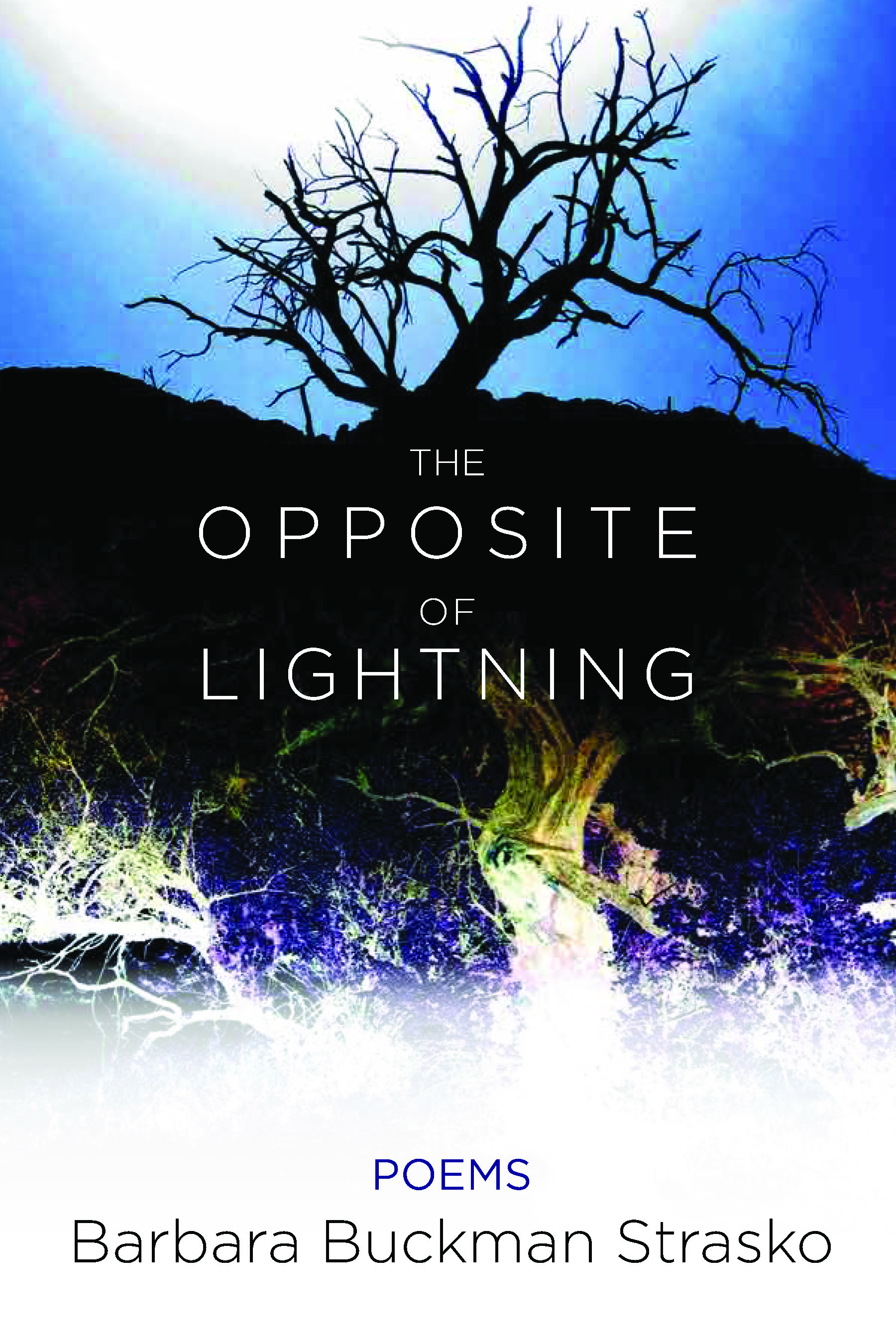 The titles of Barbara Strasko's books, Grafitti in Braille (2012) and The Opposite of Lightning (2020) offer a clue to their appreciation for paradox and for serious joy. In spare poems full of feeling, The Opposite of Lightning ponders the individual's responsibility to effect change through social action. The poems in this book celebrate the ways in which making art is itself social action.

"Barbara Strasko's poems are resonantly elegiac, haunted by matters such as the death of a father--however long ago--an aging mother, relationships, and the intricate workings of memory. Yet the retrospective nature of her work does not cause the poet to retreat into ponderousness and solemnity. The tone of the poems is wry rather than rueful thanks to Strasko's lyric precision and her engagement with the world beyond the self. (Her numerous ekphrastic poems are noteworthy examples of the latter.) These are durable and instructive poems, certain of both their music and their convictions". - David Wojahn

"The spare poems in The Opposite of Lightning feel miraculously full, brimming with a fresh effusive spirit. I admire the elegance of Barbara Strasko's language and the luminosity of the physical world as poems teeter between the everyday and the metaphysical, often replicating that state of being in which 'Comprehending Lunacy' seems achievable. This book is a treasure."- Nance Van Winckel

"Barbara Strasko's poems have clean architectures, straight lines, and 'formal' elegance, but at the same time, there is a building-on-fire quality to these poems. To all appearances everything looks cool, smartly furnished, and squared away, but the walls are warm to the touch. This is a very good book that deserves a wide audience." - J.T. Barberese